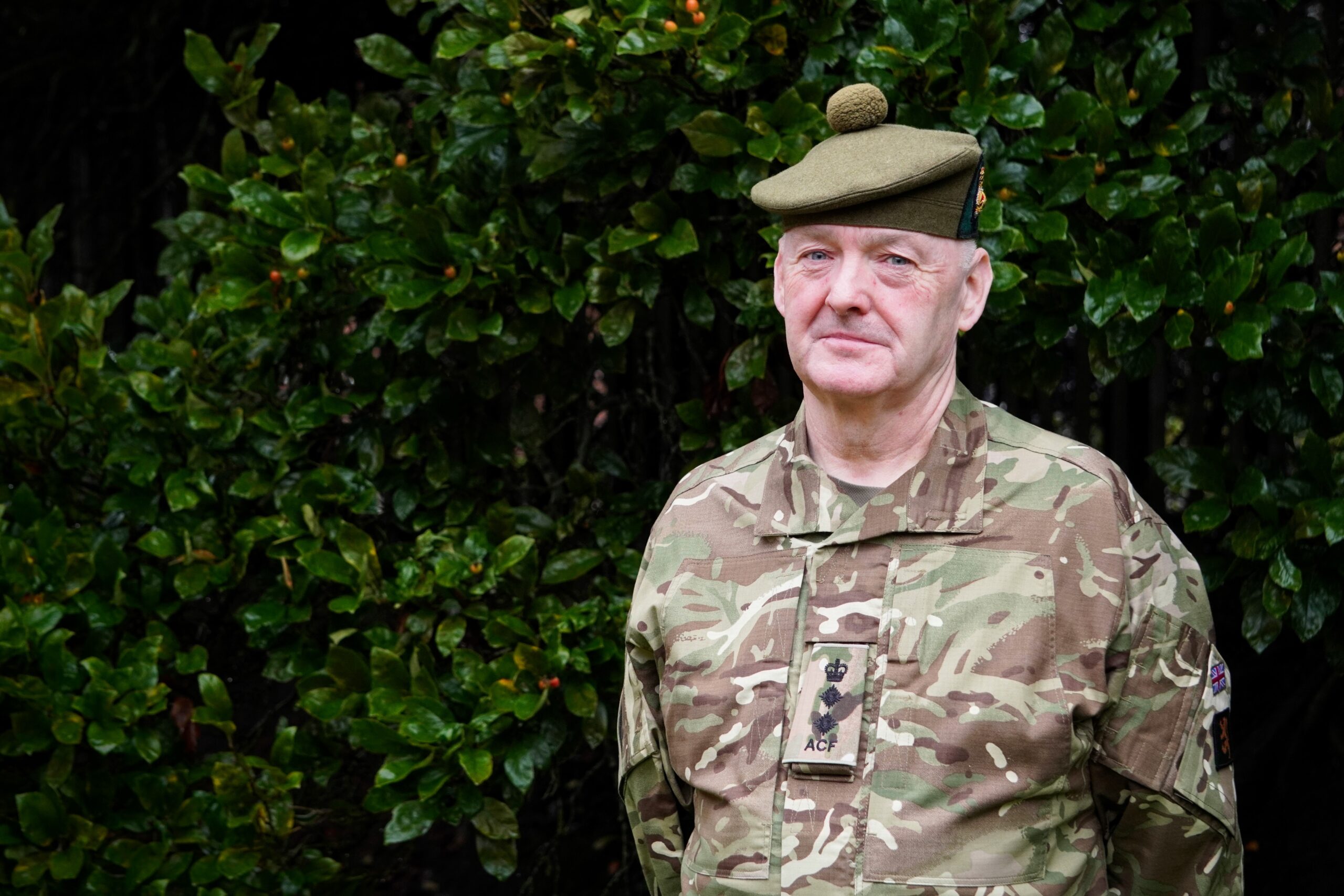 The role of Colonel Cadets involves being the subject matter adviser to the Brigade Commander on Cadet matters throughout Scotland and to be the voice of the Commandants and contingent Commanders in Brigade and Regional Command.

Colonel McNamee joined the ACF in 1975 as a Cadet at B Cameronians detachment in Pollokshaws where he spent four years gaining 3 Star and the Corporal rank. He left to join the Regular Army at 16 years old and joined the Royal Signals as a junior soldier, going on to serve for just under eight years.

He rejoined the ACF as an Adult Instructor with the Glasgow and Lanarkshire Battalion in 1988. And while he had a four-year stint as Company Commander with West Lowland Battalion ACF, he rose up the ranks and took on a variety of roles before he was appointed Commandant of his local Battalion in 2016.

Lowland RFCA caught up with Colonel McNamee to find out more about his new appointment.

How did the appointment of Colonel Cadets Scotland come about?

The role became vacant as Colonel Pat O’Meara was coming to the end of his five-year tenure and, as I was near the end of my tenure (as Commandant), I felt it was the next logical step for me.

Why did you want the role?

I have always been interested in ensuring that our Cadets are looked after and given the opportunities available to them to make sure that their time in the Cadets is the best it can be. I believe that in the Colonel Cadets role I will be best placed to continue to do that.

How does the job compare to your previous role?

It is completely different in that there is more time spent looking at the strategy and governance rather than commanding Cadets on a day-to-day basis. It is also Scotland-wide rather than just the Glasgow and Lanarkshire Battalion area.

How would you reflect on your time as Commandant of Glasgow and Lanarkshire Battalion?

Being Commandant was the highlight of my career so far, to be able to see all those Cadets achieve and become good citizens is so rewarding. The Permanent Support Staff (PSS) and CFAVs put so much time into making the Battalion successful that I can’t thank them enough. Especially during the last 18 months of the pandemic it made me proud to be Commandant during this time.

Will you still be involved with the Battalion?

I will still visit in my current role but I won’t get involved in the day-to-day running of it. However, once I finish as Colonel Cadets you never know, I may go back to finish out my ACF career where it started.

What are your plans going forward in your new job?

I am still getting to grips with the requirements of the new role but the aim is to ensure that every member of the Cadets in Scotland, be that Cadet, PSS or CFAV get the best possible experience from their time in the Cadet Forces and go away with good memories of fun and friendship.