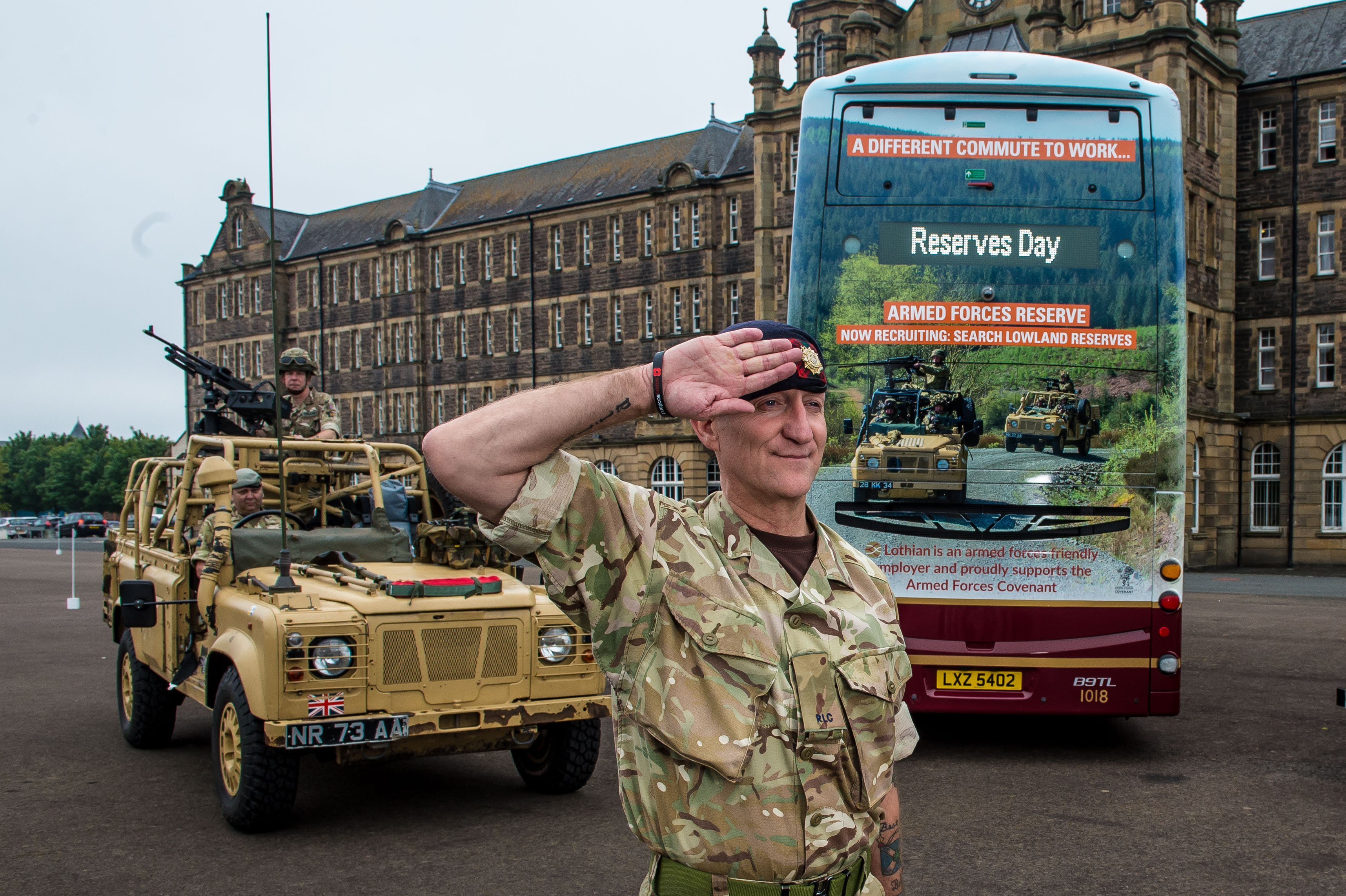 To celebrate Reserves Day, Lothian Buses today announced the launch of its new reservist policy in partnership with Lowland RFCA.

Outlining its commitment to supporting colleagues who serve within the Royal Naval Reserves, Royal Marines Reserves, Army Reserves and Royal Auxiliary Air Force, the policy will give reservists the chance to attend their annual training camps with full paid leave.

To officially launch the new partnership, a life-sized advert featuring light-armour vehicles and reservists from the Scottish and North Irish Yeomanry will be placed on the rear of a double-decker Lothian bus.

Starting its journey from the Redford Calvary Barracks in Edinburgh today, the bus advert aims to support recruitment to the city’s navy, army and air force reserve units. 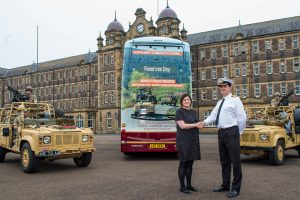 Speaking at the launch of the bus advert at Redford Barracks Captain Andrew Cowan, a senior Royal Naval Reserve Captain and Chairman of Lowland RFCA, said:

“Reservists give up their spare time to serve in the Reserve Forces, balancing their civilian life with a military career to ensure that, should their country require them, they are ready to serve alongside their Regular counterparts.

“Today’s commitment from Lothian, a top employer with a track-record and experience of employing reservists, will support their people to join and train with the Armed Forces Reserves.

“The bus advert is a striking call to action and will lead to more men and women from Edinburgh joining one of our reserve units and gaining skills, experience and expertise to boost their civilian career.”

“We are very proud to have many employees who serve in the reserves or are ex-forces personnel. 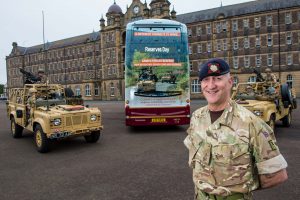 “Reserves Day is an annual opportunity for us to show our support to the veterans and cadets across the country who volunteer in the reserves, as well as the wider armed forces community and their families. This advert confirms our continuous commitment to the city’s reserve forces.

“As well as unveiling this new advert, we’re publishing a new policy on employing armed forces personnel, which we think will help us to recruit individuals with transferable skills gained in the armed forces, and make it easier for reservists to continue to volunteer.”