You are here: Home > Public News > Reservists Inspire and Delight Employers on Visit to RAF Lossiemouth
◄Back to News

Reservists Inspire and Delight Employers on Visit to RAF Lossiemouth 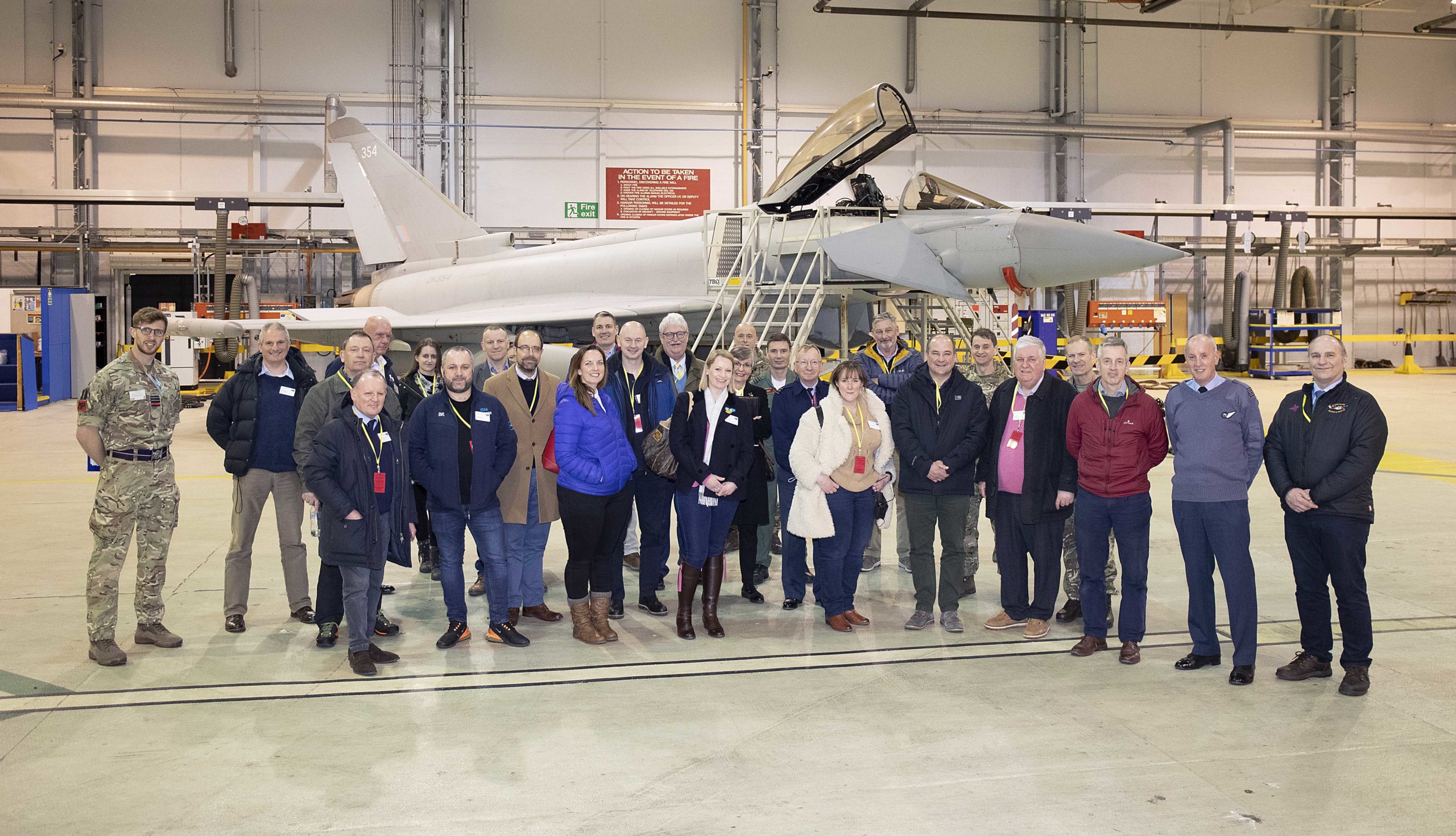 Employers and guests from both the Lowlands and Highlands of Scotland came together on Thursday 17 March for a unique and exciting visit to the Royal Air Force (RAF) station in Lossiemouth. The visitors enjoyed an opportunity to meet with Reservists, gain an insight into the station’s inner workings, and catch a glimpse of the RAF’s latest generations of Quick Response Alert (QRA) and Maritime Patrol Aircraft (MPA).

Following a warm welcome in the Officers’ Mess, the guests moved across to the Atlantic Building, RAF Lossiemouth’s strategic facility that also houses its new Poseidon aircraft. Between talks from the station staff on the future of the E-7 Wedgetail vessels (an advanced fleet of QRA aircraft capable of tracking multiple airborne and maritime targets simultaneously) and the capabilities of the Poseidon fleet, visitors were thrilled to have a walk-round of a Boeing Poseidon MRA1 (P8-A) in the Atlantic Building hangar.

With a wingspan of over 123ft and capable of reaching a maximum speed of 907km per hour, the Poseidon is a specialised MPA fitted with state-of-the-art sensors used in submarine detection and search and rescue operations.

Visiting employers, which included representatives from Brodie Engineering and Scottish Engineering, also had a chance to meet and chat with Reservists working at the station. The Reservists detailed the diverse skills and qualifications they have acquired through their RAF service and how they can benefit their civilian employers.

‘I am very much a supporter of the Reservists,’ said Gerry Hilferty, Managing Director of Brodie Engineering, ‘and I think there’s very much a two-way street with them. I can understand the military benefits that the Reservists have, but there’s also a benefit that employers receive through the experience they have.’

The afternoon at RAF Lossiemouth concluded with a visit to 1(F) Squadron where, after an introductory talk on the Squadron’s history and recent overseas activities, the guests were given a close-up tour of a Typhoon FGR fighter jet, which proved to be a big hit for many in attendance and a popular topic of discussion over dinner in the Officers’ Mess that same evening.

‘The absolute highlight for me of the day was looking in the cockpit of the Typhoon and looking at the handle for pulling the ejector seat and listening to the technology behind it,’ said Paul Sheerin, Chief Executive of Scottish Engineering.

‘I put my head through that thinking, “How do you not have a situation where you are either pulling it too early or too late? How do you get that training to the point where you are so highly skilled that you know when it is the absolute critical moment when that is the right thing to do?” That was a big “Wow!” moment for me.’

Flight Lieutenant Terry Cowan, Adjutant for 2622 Squadron based at RAF Lossiemouth said: ‘The aim of today was to show employers what the Regular service does and provide that as a platform to promote what Reserves do and what Reserves can bring to employers and their companies. It is very easy to say “Oh, they pick up guns and they do guard” but it is to show all the other aspects – the leadership, the management – and indeed how they impact on different jobs and what we can do to look after both Reservists and companies that take them on.’

Lowland RFCA would like to thank everyone at RAF Lossiemouth for their exceptional hospitality, and to thank our guests who joined us for an insightful and enjoyable visit. 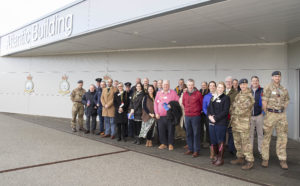