You are here: Home > Public News > RFCA Reception in the Scottish Parliament
◄Back to News

RFCA Reception in the Scottish Parliament 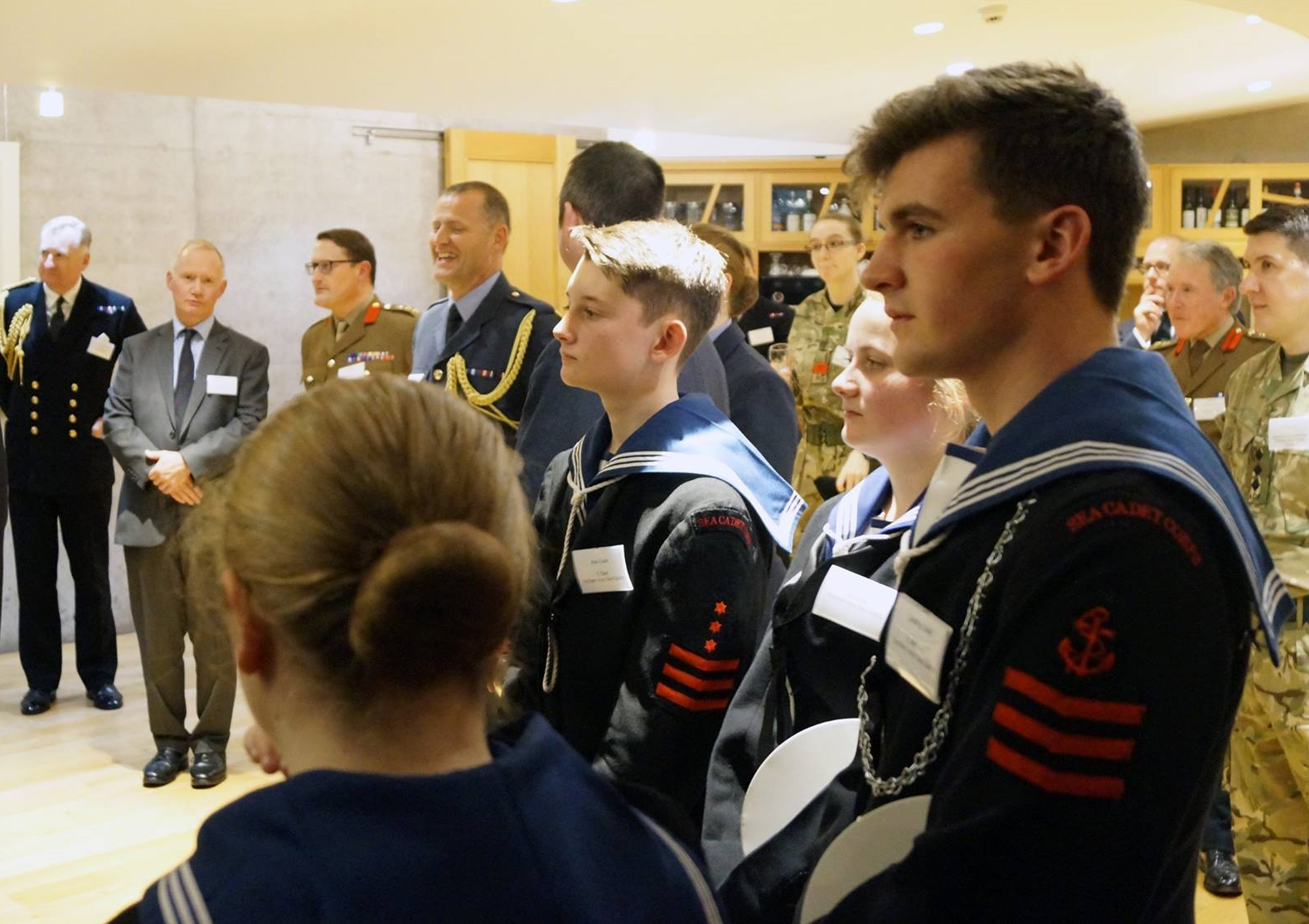 Lowland and Highland Reserve Forces and Cadets Association held a reception at the Scottish Parliament on 21 November.

The event – hosted by Deputy Presiding Officer Linda Fabiani MSP and well attended by Members of the Scottish Parliament from across the political spectrum – was aimed at raising awareness of the work of RFCAs, as well as the value to society of service in both the Armed Forces Reserves and Cadets.

Members of Lowland and Highland RFCAs, Reservists, Cadets and senior military figures met with Members of the Scottish Parliament and shared their experiences. 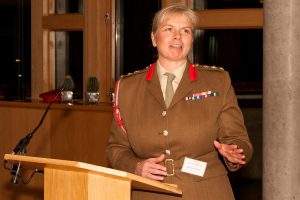 Colonel Helen Singh, the Commanding Officer of 205 Field Hospital, spoke of the transferable skills medical reservists – many of whom work within the NHS – bring to her unit and also highlighted the outstanding support the NHS has offered her as she pursued both her civilian and Reservist medical career.

Assembled guests also heard from Cadet Colour Sergeant Naomi Evans from Broxburn Academy Linked Detachment ACF. She spoke of how, after joining the ACF as a shy cadet in 2013, she worked her way through the ranks as her self-confidence grew. 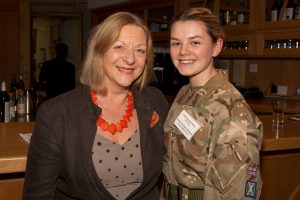 Naomi has already gained her bronze and silver Duke of Edinburgh’s Awards and is now working towards gold. She is hoping to eventually qualify as a nurse or combat medical technician, and is already a fully qualified first-aider. She has also been nominated for the Master Cadet course at Frimley Park.

She also told of the positive impact the Cadet Experience has had on thousands of young people from all over Scotland, developing potential, providing a sense of responsibility and the key role that the Sea, Army, Air and Combined Cadet Forces play in today’s society. 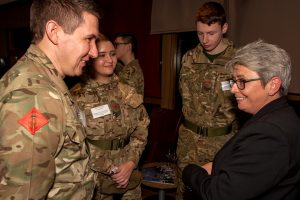