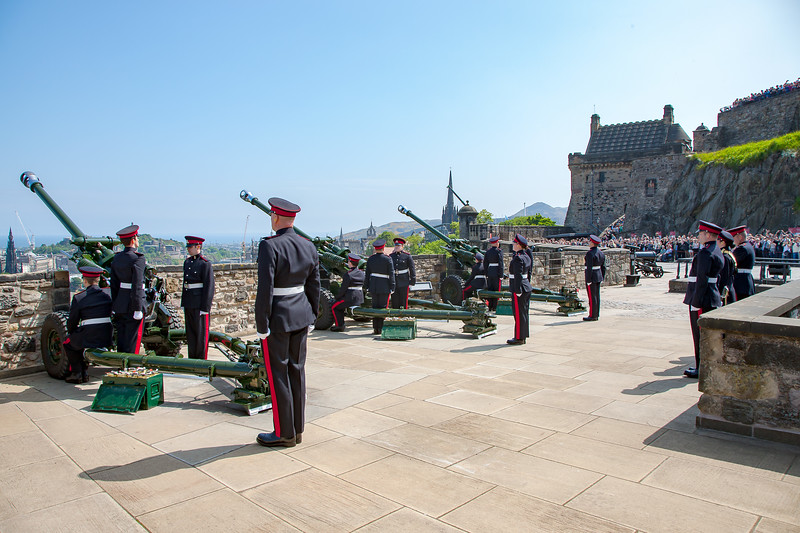 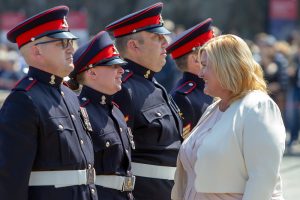 The 21-Gun Salute was carried out by Reservists from 105 Regiment Royal Artillery using three 105mm light guns, with one round fired every ten seconds. The Salute was supported by the band of the Royal Regiment of Scotland which played musical accompaniments and the National Anthem. 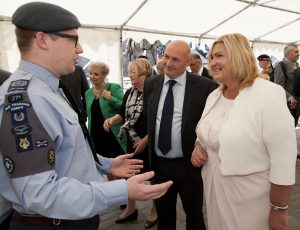 Ms Gorman speaks with an RAF Air Cadet about how he is gaining qualifications, confidence and capability from the Cadets.

The theme of this year’s event is engaging with education. Gayle Gorman – Chief Executive of Education Scotland and Chief Inspector of Education – served as Reviewing Officer, and Army, Sea and RAF Air Cadets were in attendance to explain how they are gaining qualifications, capability and confidence through the Cadet experience.

A number of employers from the Scottish education system attended as guests of Lowland RFCA.