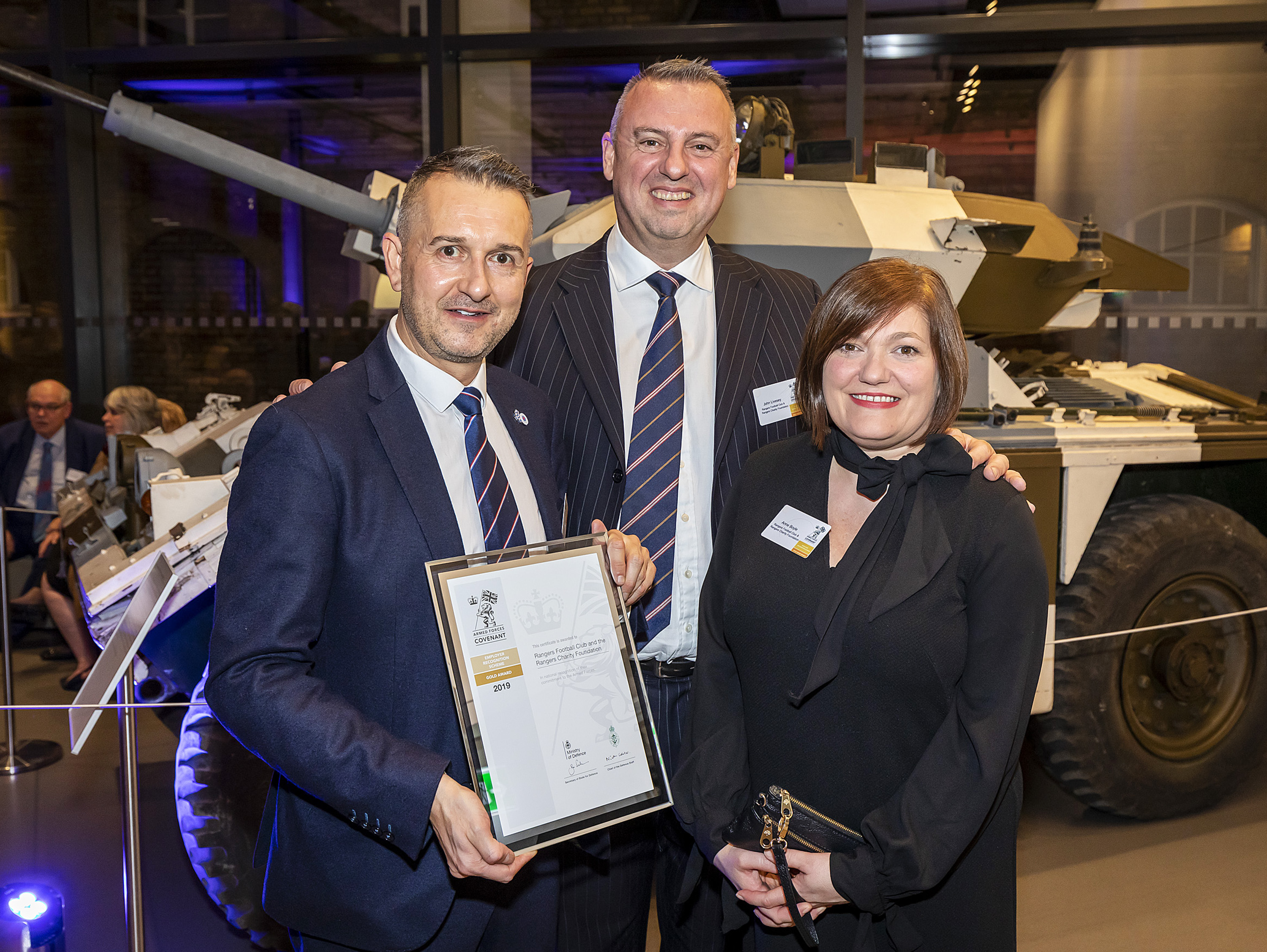 Five employers from the Scottish lowlands struck gold last night (12th November) after they were rewarded for their outstanding support for the Armed Forces by the Ministry of Defence. 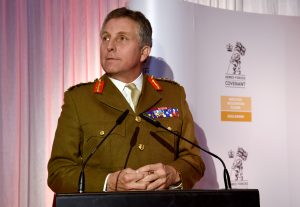 The Scots winners were among 100 UK forces-friendly employers to be recognised during a glamorous ceremony at the National Army Museum in London Tuesday, 12 November 2019.

Coldstream Guards made a guard of honour for guests arriving and musical accompaniment was provided by The Welsh Guard Drummers and The Band of the Royal Yeomanry.

Each Gold Award recipient has signed the Armed Forces Covenant, a commitment to supporting Defence through services, policy and projects.

Each organisation has went above and beyond with their support through engaging with initiatives such as employing veterans, supporting individuals transitioning out of the Armed Forces into a new career and providing flexibility for Reservists.

To view all images from the Gold Awards event click here.

Rangers FC and the Rangers Charity Foundation became the first British football club to receive the ERS Gold Award since the Armed Forces Covenant was introduced in 2000. 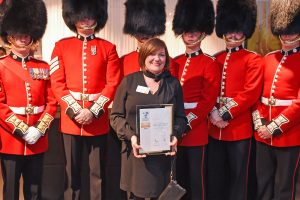 Since signing the Covenant in October 2016, the Glasgow team have supported a number of service charities working with existing and ex-forces personnel.  They also regularly welcome serving regulars and Reservists to Ibrox as part of the Tickets for Troops initiative.

“As well as embedding forces-friendly policies, there are so many ways in which we have been proud to make a difference over the years, including: holding unique Armed Forces Day events at Ibrox; supporting veterans via our Glasgow Veterans United programme; holding and Armed Forces Covenant showcase breakfast event with Lowland RFCA and raising over £180,000 for forces related charities.

“Supporting those who serve is just one of many important strands of our work at the Rangers Charity Foundation. We’re proud to play our part in making a difference, and with this award we have a renewed sense of purpose to advocate on behalf of the Defence Employer Recognition Scheme.”

City Building are the first construction company in Scotland to have won the ERS Gold Award.

The Glasgow-based firm have filled two new vacancies with serving military Reservists and support them through paid leave, job security and aid serving individuals and their families before, during and after mobilisation. 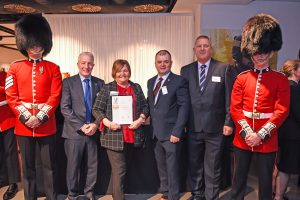 The company’s Executive Director, Dr Graham Paterson, said: “We support the lowland Reservist units that our employees are attached to in practical ways such as financial support for family fun days, Christmas gifts and the provision of training for other reservists.

“Our managers participate in Reserve forces exercises and we advocate the benefits of the Armed Forces Covenant and the employment of Reservists to our internal workforce through our intranet and also externally to our supply chain.” 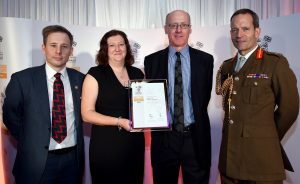 Also among the Gold winners, Edinburgh Napier became the first Scottish university to receive the top accolade from the MOD after its ground-breaking research into complex PTSD and educational support for all ranks of ex-service personnel.

City of Edinburgh Council led work to inform the UK government’s consultation on veterans, reviewed and updated their Reserve Forces Training and Mobilisation policy and has sought to create an Armed Forces network to further support their employees.

Lord Provost of the City of Edinburgh and Armed Forces and Veterans Champion, Frank Ross, said: “We have a strong forces community in Edinburgh and we’ve found the skills people develop in service really valuable for the wider working environment.” 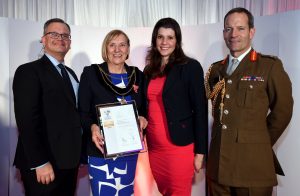 As part of Armed Forces Week 2019, Midlothian Council set up a new Armed Forces Network for employees and ran internal communication campaigns. This provided an overview of the unique challenges of service life and sets out how employees can support the serving community at a local level.

Midlothian Provost and Armed Forces Champion, Councillor Peter Smaill, said: “This award is a great honour for Midlothian and tribute to all those involved in supporting the Armed Forces Community at a local and national level. 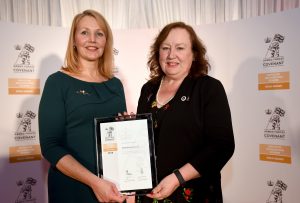 “We are extremely proud of the contribution made by our Armed Forces and in return we help provide support on a range of issues for serving personnel, veterans, reservists and their families within our community and our workforce.”

Colin Vooght, Head of Engagement at Lowland Reserve Forces’ and Cadets’ Association (RFCA), the organisation which manages relationships between employers and Defence in Scotland, said: “I would like to congratulate the wide variety of different organisations who received a Gold Award this year. This proves companies and institutions of all sizes and sectors can play their part in supporting the armed forces community in Scotland.

Click here to find out how your organisation can partner with Defence.