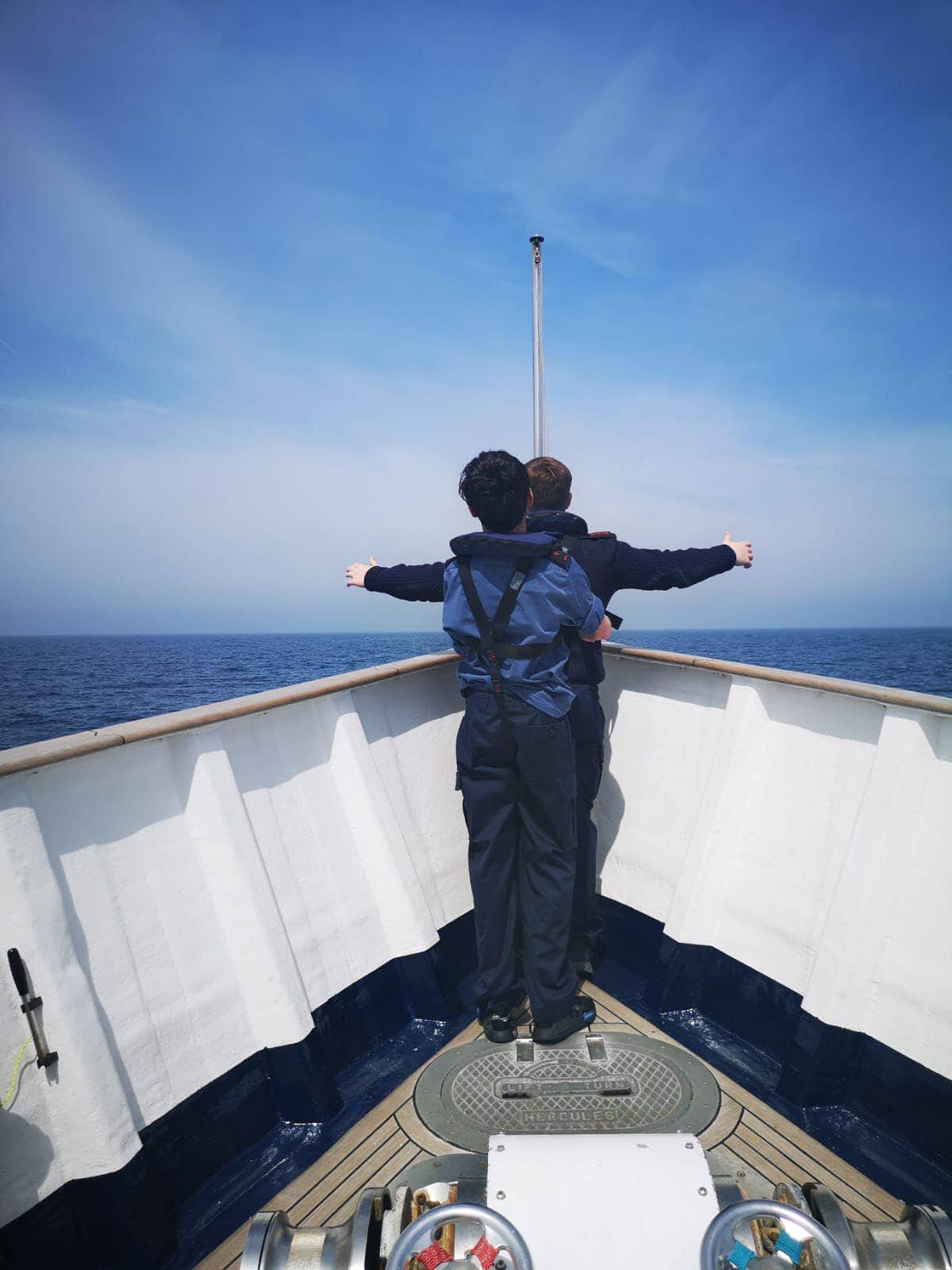 Last week six Cadets and one Cadet Force Adult Volunteer from Dunbar Sea Cadets travelled down to Plymouth to spend the week on TS (Training Ship) Jack Petchey. The Cadets were joined aboard by counterparts from: Padstow, Clacton and Farnham.

Run by the Sea Cadets Offshore team, the week at sea saw the Cadets sail from Plymouth to Penzance. Aside from honing their nautical skills and having fun, the Cadets enjoyed the opportunity to gain qualifications and make memories which will last a lifetime.

Lowland RFCA caught up with the Cadets and Chief Petty Officer Martin Galloway (Commanding Officer of Dunbar Sea Cadets), their accompanying CFAV, to hear all about the adventure. 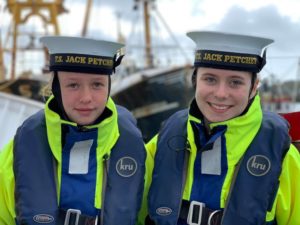 What did the week involve?

Cadet: My week included: lookout; chartwork; helming the ship; being the head of my watch; visiting new places; and getting the experience of a lifetime.

CPO Galloway: I was onboard TS Jack Petchey as a relief cook and coxswain. My main responsibilities were cooking for the eighteen members of the ship’s company and Cadet welfare.

What was the purpose of the week?

Cadet: To gain new skills in teamwork and leadership, whilst building our confidence to work with others.

Cadet: It was marvellous as you get to have a new experience every day. We learned to support each other and live in close quarters. Not to mention the food onboard which was great!

What was the highlight of the week?

Cadet: My highlight of the week was being able to steer not only the Training Ship, but also the ship’s RIB (rigid inflatable boat).

CPO Galloway: My highlight was being able to spend time with Cadets and seeing them develop during the week. 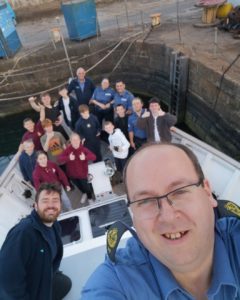 Did you see anything particularly cool out at sea?

Cadet: Without a doubt it was seeing the dolphins! They were right up alongside the ship.

Were any qualifications gained?

Would you recommend this sort of opportunity?

Cadet: This was one of the best experiences of my life and something that you don’t get from many other organisations – I would recommend everyone to give it a go!

CPO Galloway: I recommend that any volunteer who can cook for twenty people should join the relief team. We play an important role in ensuring that the ship is able to go to sea. 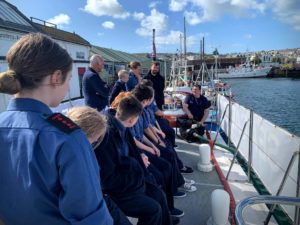