You are here: Home > Public News > Armed Forces in the Chocolates with Tunnock’s Support
◄Back to News

Armed Forces in the Chocolates with Tunnock’s Support 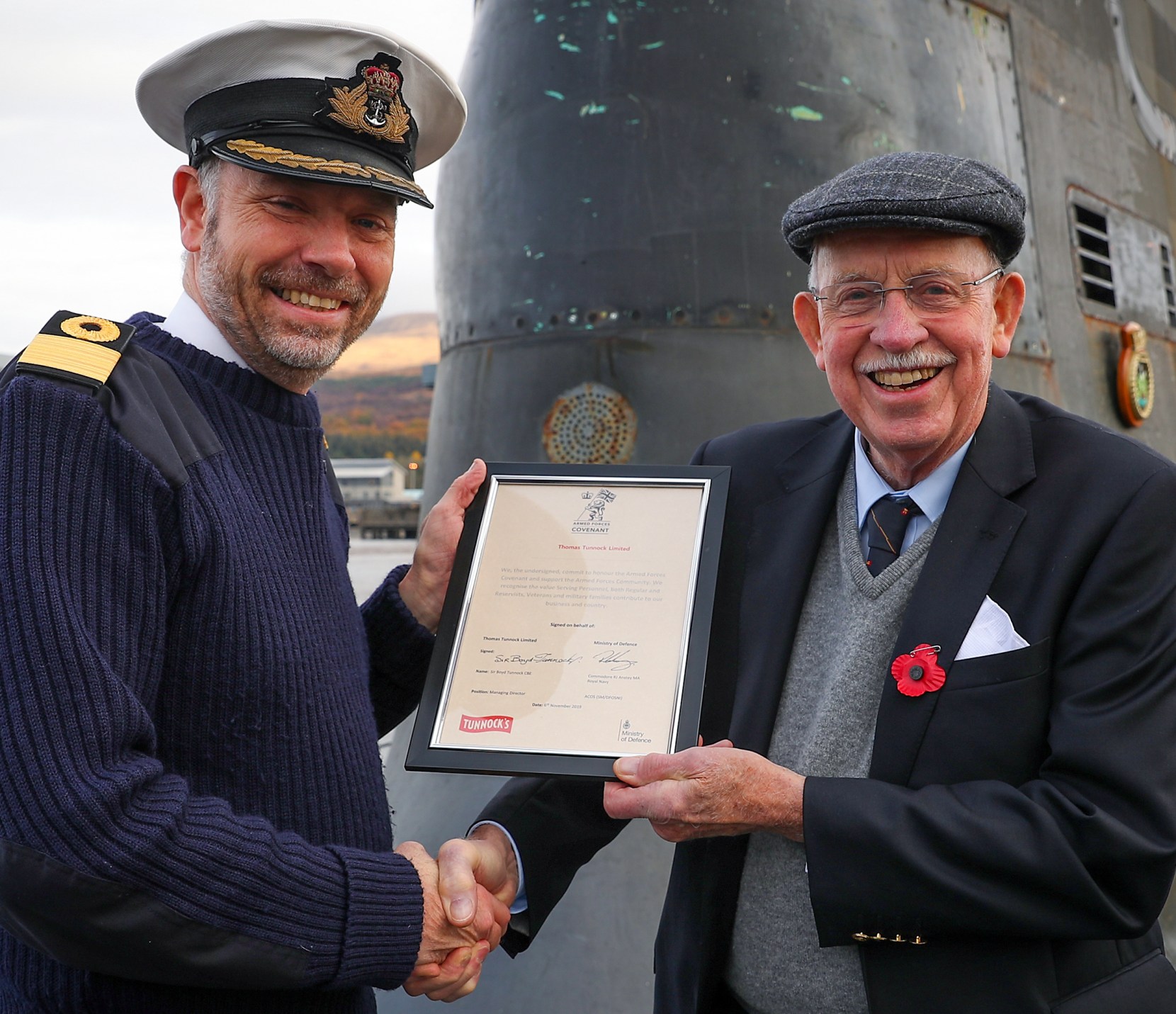 Scotland’s best-loved family business – Tunnock’s – has become the latest organisation to show its support for our troops by signing the Armed Forces Covenant.

Teacake tycoon Sir Boyd Tunnock CBE – Chairman of the Uddingston biscuit business behind famous products including Caramel Wafers, Caramel Logs and Snowballs – signed the Covenant during a visit to the Royal Navy’s Faslane submarine base.

The Armed Forces Covenant is a promise by the nation ensuring that those who serve or who have served in the forces, and their families, are treated fairly. 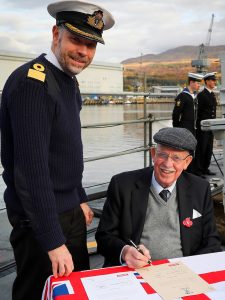 As part of the special signing event, the owner of the Scottish confectionery empire was shown around a Royal Navy Astute Class attack submarine and spent time with Royal Marines from 43 Commando Fleet Protection Group.

Sir Boyd Tunnock CBE, said: “It was a real honour to visit the men and women of the Royal Navy who sacrifice so much to defend the Nation’s interests at home and abroad, and to whom we owe so much.

“As a family-owned business we invest heavily in our workforce. It was inspiring to see so many people benefitting from all of the training and experience that the Royal Navy has to offer.

“I spent two years in the Army after getting called up for National Service . Because of my background I ended up being posted to the Catering Corps and cooked for 600 soldiers.

“Tunnocks has a long-standing relationship with the Armed Forces and the values and standards I learned in the Army are principles that I use to run the business to this day. 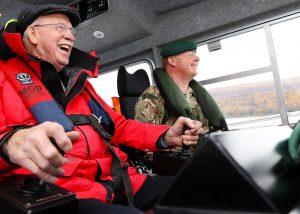 “I was very proud to reaffirm our support by signing the Armed Forces Covenant and I would have no hesitation in encouraging other defence-friendly employers to do the same.”

Co-signing the Covenant on behalf of the Royal Navy, Commodore Bob Anstey said Tunnock’s confectionery had been a favourite for the Scots-based submariners for decades, eaten during ‘Four-O’Clockers’ – snack-time during a patrol where a teacake or caramel wafer is the treat of choice.

“It was a great pleasure to welcome Sir Boyd to the Clyde for his signing of the Armed Forces Covenant today.

“Sir Boyd is well known by the Submarine Service and we have all enjoyed his iconic teacakes and wafers over the years. We look forward to continuing our close relationships with him and his team.

“As a keen sailor and supporter of maritime activities, Sir Boyd is a welcome addition to the ever-growing Armed Forces community.”

In 2004, Sir Boyd was awarded a CBE for services to charity in Scotland and Knighted in The Queen’s Birthday Honours List in June 2019. 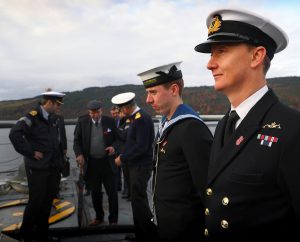 He is known for his philanthropic activities and cites launching the new St Abbs Lifeboat (which he donated and is named “Thomas Tunnock” in honour of his brother who died of Multiple Sclerosis) as one of the proudest moments of his life.

For more information on the Armed Forces Covenant visit www.armedforcescovenant.gov.uk.