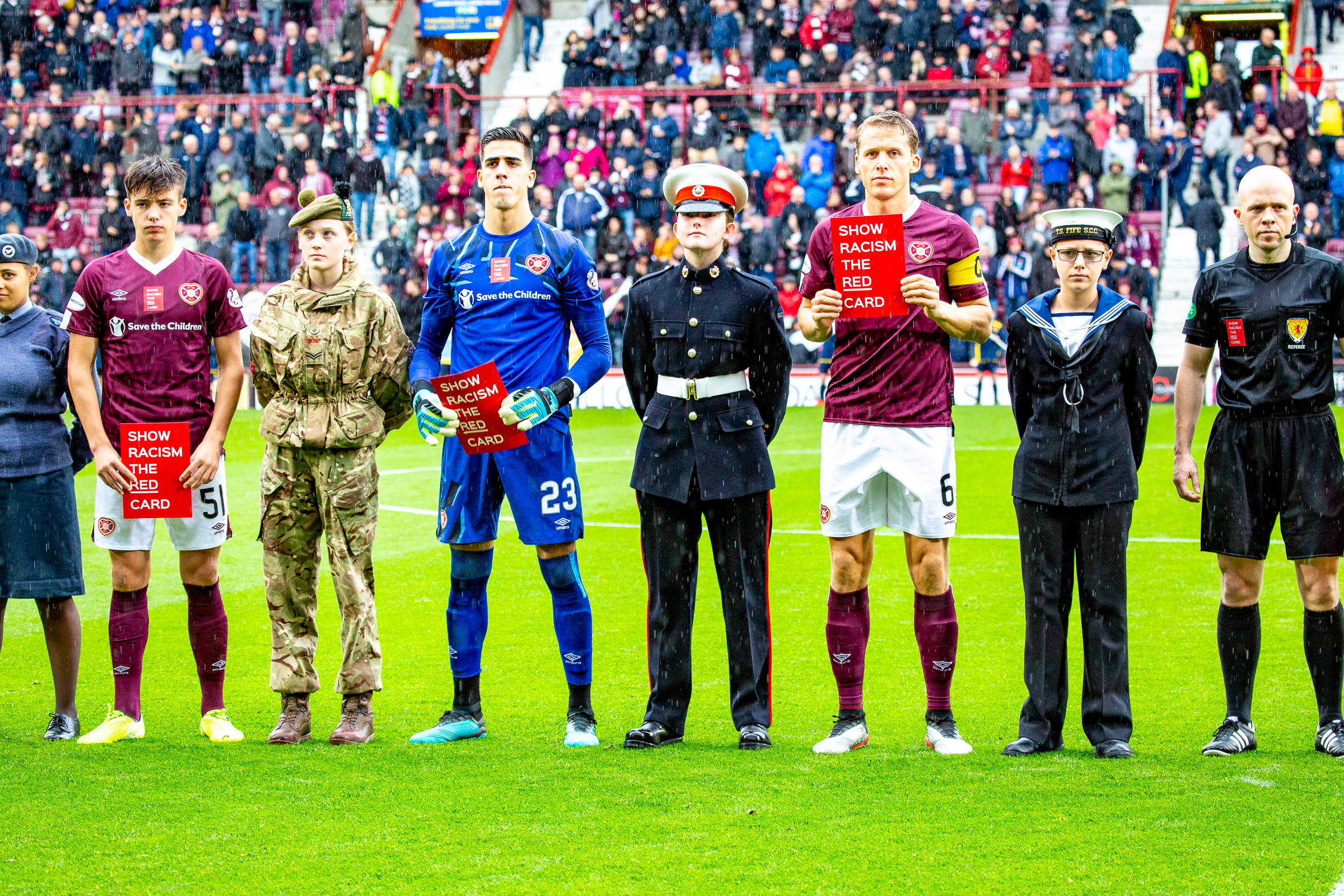 Army Cadets of the Glasgow and Lanarkshire Battalion were among several lucky mascots to lead Scottish Premiership football teams out on to the pitch to celebrate Heart of Midlothian’s Armed Forces Day.

The youngsters walked the players of Hearts and their opponents Kilmarnock out on to the Tynecastle turf in front of over 16,000 applauding supporters on 5 October 2019. 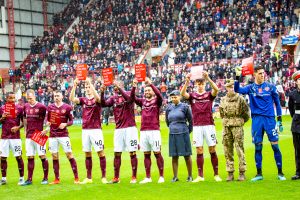 The Edinburgh football club provided 300 tickets to serving personnel from the Royal Navy, Army and Royal Air Force Reserves and Cadet organisations as part of its second Armed Forces Day.

Hearts and Kilmarnock supporters got the chance to find out more about a role in the Forces by speaking to Reservists of The Royal Regiment of Scotland 6th Battalion (6 Scots), 71 Engineer Regiment and 154 (Scottish) Regiment Royal Logistic Corps (RLC) at the Army engagement stands on the Foundation Plaza outside the stadium.

Prior to kick off and during half-time the Lowland Band of the Royal Regiment of Scotland entertained fans with excellent performances.

A club spokesman said: “In line with the Club’s ethos of working closely with individuals and organisations in the community, Heart of Midlothian is committed to supporting the Armed Forces Community. 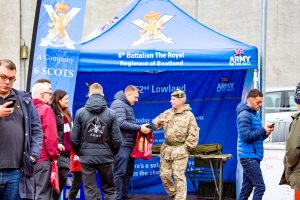 “We believe that no member of the Armed Forces Community should face disadvantage in the provision of public and commercial services compared to any other citizen.

“Upon signing the Armed Forces Covenant, the Club committed to a range of pledges, one of which is to designate one home fixture per season as Armed Forces Day.”

Hearts signed the Covenant at their Betfred Cup match against Inverness CT in July 2018, which was designated as the club’s first Armed Forces Day match.

To find out more about Partnering with Defence visit www.armedforcescovenant.gov.uk.